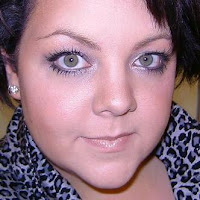 All About Nicole Trist

Nicole Trist is a book addict, pure and simple. She not only enjoys reading the enthralling stories, but she loves the books themselves, surrounding herself in shelves and boxes filled with both read and un-read tales.

In her younger years Nicole admits that she didn't enjoy reading, procrastinating when it came to every book she was forced to read at school. Little did she know that it wasn't the reading she didn't like but the pathetically bad books prescribed by The Board of Studies.

Salvation came in 2007 when Nicole first started University study. She began a Bachelor of Arts (History/Literature) with Macquarie University with the goal of becoming a high school English and History teacher.

During her first semester, Nicole chose to study a unit on Gothic Literature and one of the prescribed texts was Marion Zimmer Bradley's The Mists of Avalon. This was the book that served as a catalyst for Nicole. As she devoured page after page she realised that books were not as boring as she had previously thought.

Three years later, Nicole is now unable to leave the house without a book either in her handbag or sitting on the passanger seat of the car.

In December 2009, after reading and appreciating several Book Review Blogs, Nicole established Books, Books Everywhere. What started as a hobby has now become a lifestyle for Nicole and through her communications with authors, publishers and other reviewers she has realised that the enticing world of publishing is calling her name.

Nicole has just finished a Diploma of Proof-reading, Editting and Publishing with the Australian College and hopes for a future in the publishing world. 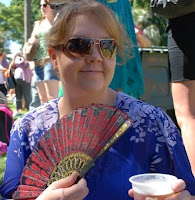 All About Books, Books Everywhere

Nicole enjoys reading all types of books, from all types of genres, which is evident by the variety of books reviewed at Books, Books Everywhere; crime, romance, thriller, historical, comedy and the list goes on...

"Veracity" is a term which Nicole regards with high importance and she tries to always be honest with her opinions. However, having said this, she does always try to end each review on a good note irrespective of the tone of the review.

Nicole also believes in not ruining a surprise, so she limits her reviews to leaving clues, not spoilers.